Massage myths aren’t usually malicious, but they can still hurt.

Who knows how many people avoid getting a massage due to some myth they heard from a source they trusted? If you’re one of them, why wait? Since you now know truth from tale, get that bodywork you’ve been dreaming and schedule your appointment today.

Contraindication is a long word with a simple meaning: a reason you shouldn’t receive a particular treatment, such as a massage. There are local contraindications—things like a small wound—that shouldn’t be massaged directly, but that don’t mean you can’t still get a perfectly good massage on other parts of your body. Then there are general contraindications, or situations in which you shouldn’t get a massage at all. Contraindications can be an illness like the flu, a treatment or medication like a strong blood thinner, or even something environmental, like a bedbug infestation at home.

But there’s another kind of contraindication that also seems to make the rounds on a regular basis: the mythological kind. Despite all the scientific advancements we’ve made in studying massage therapy over the years, there are a few persistent misunderstandings that just won’t seem to die. And while tales of mermaids and unicorns can brighten an otherwise dull day, these massage myths unfortunately prevent too many people from getting the professional bodywork they deserve. Here are four you’ll want to

Myth #1: You can’t get a massage during the first trimester of pregnancy. 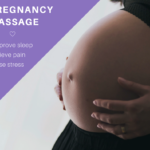 uce premature labor. Since the first three months of pregnancy are also the time of the highest risk of miscarriage, the wisdom goes, it’s best not to get a massage at all during this time.

Of course, this doesn’t take into account the fact that pregnant women regularly do also sorts of things that put pressure on the ankles.Like wear shoes.

And given that most people go at least a few weeks before they’re even aware that they’ve conceived, this is basically saying that anyone with the sort of working parts that could lead to pregnancy should stay away from the massage table, just in case.

Luckily, there’s no evidence for any of this. Still, it’s a good practice to give your massage therapist a heads up if you know that you’re pregnant so that they can be prepared to make adjustments for things like loosening ligaments or a sudden sensitivity to smells.

Myth #2: You can’t get a massage while taking painkillers.

This myth states that taking a painkiller leaves you unable to tell whether your massage is too deep, which can lead to a massage therapist injuring you accidentally. And this can be a realistic concern, especially if you’re taking strong narcotics for pain. Drug side effects like dizziness, easy bruising, and low blood pressure can also impact your massage session.

In most cases, though, this can be dealt with through open communication, rather than avoidance, especially if it’s a simple NSAID or other over-the-counter medication. When you let your massage therapist know what kinds of painkillers you’re taking, things like pressure, positioning, and duration can all be adjusted to make sure that your session is both satisfying and safe. There is no reason that painkillers and appropriate bodywork have to be mutually exclusive.

Myth #3: You can’t get a massage while breastfeeding.

This myth is so insidious, because nobody needs a massage more than postpartum parents. The idea behind this misunderstanding is the belief that massage somehow squeezes toxins out of a person’s tissues, which are then released into the bloodstream. Since the body is “toxic” after a massage, the story goes, so is any breast milk produced at this time. The choice is between “pumping and dumping” after receiving bodywork, or avoiding massage therapy altogether until the child is weaned.

Fortunately, this isn’t even one of those half-true-but-it’s-complicated situations; it’s 100% false, no question. Normal cell byproducts are filtered by the body and are not a danger to breastmilk, massage doesn’t release toxins, and massage can improve depression, body image, and (perhaps most importantly to new parents) SLEEP.

Myth #4: You can’t get a massage if you weigh too little or too much.

There are so many variations of this one. Skinny people don’t have enough “meat on their bones” to get a massage, they’ll just bruise. Overweight people can’t get a “real” massage because there’s too much fat between their skin and their muscles. People without perfect bodies shouldn’t show their skin to anyone. (And so on. Blah, blah, blah.)

Big people like massage. Small people like massage. In-between people like massage. And massage therapists love providing massage to all kinds of people. It’s a perfect combination! Are there different techniques better suited to bodies with specific needs? Of course. Is weight or size a prohibitive factor? Nope. Not by a long shot. The folks who make these kinds of arguments in the name of “health” are either misinformed or just being mean.